<![CDATA[A belief that the war in Afghanistan is unwinnable and fear of a future civil war has persuaded Taliban leaders of the merits of a ceasefire, power-sharing and a political deal, according to a group of experts and academics who conducted private talks with senior Taliban figures. Two former Taliban ministers, a former mujahideen commander and an Afghan mediator with experience of negotiating with the Taliban spent between three and five hours in individual discussions with professors Anatol Lieven, Theo Farrell and Rudra Chaudhuri of King's College London and Michael Semple of Harvard. <a href="http://www.eelamenews.com/?attachment_id=102789" rel="attachment wp-att-102789"> 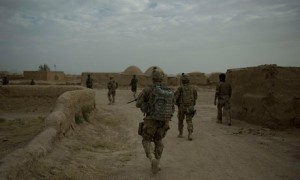 Separately, Matt Waldman, a former key UN official in Kabul involved in promoting dialogue and reconciliation in Afghanistan, has told the Guardian: “It would be a grave mistake to assume the Taliban would settle for nothing less than absolute power.” At a press briefing on Monday on their report published by the Royal United Services Institute, Lieven and his colleagues painted a picture of a pragmatic Taliban leadership around Mullah Omar. Three of his group’s four interlocutors said they could imagine a “long-term US military role in Afghanistan … so long as the US military presence contributed to Afghan security”, Farrell said. But it could be used to attack Afghan’s neighbours, including Iran, the Taliban leaders insisted. Semple said the Taliban figures they spoke to were driven by the belief that “war was not winnable” and by “fear of precipitating civil war”. Lieven described “real disillusionment and anger with al-Qaida” within the Taliban leadership. However, he said their Taliban interlocutors were “very silent” on the question of the Haqqani network, which has attacked US and Afghan forces from their base in Pakistan. Originally encouraged by the CIA during the war against Soviet forces in Afghanistan, the group has just been proscribed by the US as a terrorist organisation. “Pakistan’s influence would be crucial,” Lieven described one of their Taliban interlocutors as saying, because Pakistan could undermine a peace agreement. “Taliban leaders know they stand no chance of seizing power now or in the near future,” writes Waldman in the Guardian. “They know that even coming close would reinvigorate, potentially augment, the coalition of forces ranged against them. That could trigger a civil war, which they are anxious to avoid.” He continues: “Antediluvian theocracy has had its day and thinking Talibs know it,” and adds: “Most Taliban leaders deeply resent their dependence on, and manipulation by, Pakistan’s intelligence agency, the ISI … They yearn to be taken seriously as a credible, national political force.” (The Guardian).]]>