Black Tigers day was observed in several parts of the world, the United Kingdom, Denmark and Norway Tamils were participated in large scale, Tamil sources said. 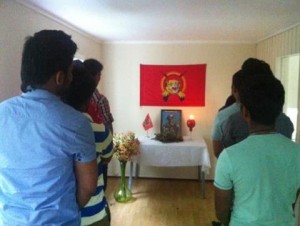 An elite force of the Tamil Tigers is the Black Tigers whose primary function is to safeguard the nation by scarifying their lives. The unit first launched when its leader, Captain Miller drove his truck fully loaded with explosives into the Sri Lankan Army camp in Nelliyadi of Jaffna on July 05, 1987, which killed nearly 40 soldiers.

Black Tigers day was observed in the Oslo city in the Norway, Ikast city in the Denmark and Mitcham, the UK yesterday.

Tamil people commemorate this day with spiritual ceremonies and public meetings every year, on the day Captain Miller died, in all parts of Thamil Eelam. 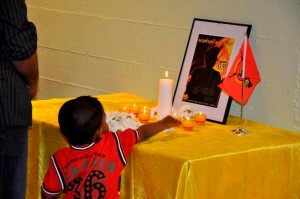