Eight Tamil refugees joined the indefinite hunger stir launched by Senthuran, an inmate of Poonamallee Special Refugees Camp,Â Tamil NaduÂ on Wednesday. Senthuran was shifted to the Poonamallee Special Camp from the Chengalpattu Camp on August 4 as he submitted a petition to the Camp Officials that he would like to go on a hunger stir seeking the closure of the special camps. Subsequently, Senthuran was suspected as the force behind the stirs organised by the refugees and was shifted to the Poonamallee camp, which many call a no-return camp. 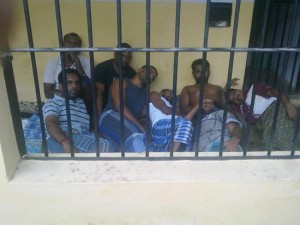 â€œRefugees were lodged in these camps for no concrete reasons and on hoisted cases without charge-sheeting for those cases too,â€ a Refugee told Express. Senthuran began his fast on August 6 and it crossed day nine on Wednesday. Eight inmates of the Poonamallee camp decided to go on a token fast urging the officials to hold talks with Senthuran. However, the token fast turned indefinite hunger stir as no official from the district administration or police department visited the protesters.

â€œWe thought the officials would turn up if we observed a one-day token fast, but it was in vain. Therefore, we have decided to go on indefinite stir until the officials lend an ear to Senthuran,â€ said an inmate. 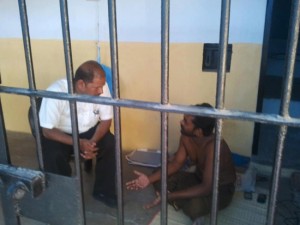