Tamil youths, Srinivas, Nagaraj and Thileepan have completed a march from Tamil Nadu to all over the India to seek Tamil Eelam as a solution for Eelam Tamil crisis. They braved the all kinds of difficulties illustrated how they are angry. 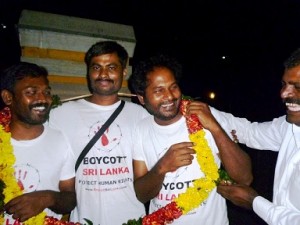 In Sri Lanka Tamils were victims of the war until 2009, a war that caused tens of thousands dead. During the last phase of this war only, we regret not less than 40,000! Since then, the Sri Lankan government is trying to create a militarized regime in the north and east. There are also several more camps. But Western governments and India remain silent against such violence and war crimes, activist told.

They started this march on 7th of July from Chennai and the 2,200 Km long journey was ended yesterday with a demonstration of one hundred participants at the Marina beach. 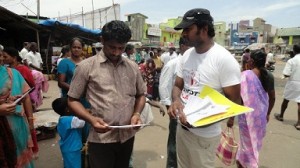 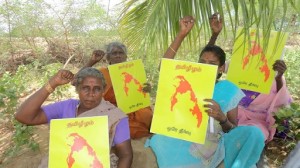 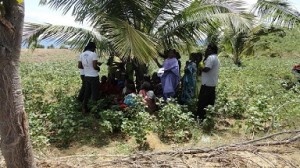