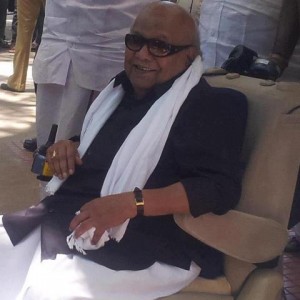 The present political scenario is favourable to the AIADMK and chances of the party winning all seats in the State in the forthcoming Parliament elections are very bright, said Finance Minister O. Pannerselvam.

Preparing the party workers for the Parliament elections at a meeting held here on Thursday, he said that the AIADMK had fulfilled all its election promises and had brought more schemes for the uplift of the poor and the downtrodden thus gaining the confidence of the people.

The Congress has lost its base in many States and was solely dependent on State-level parties for political stability, he said and added that Ms. Jayalalithaa has become a guiding force in national politics.

Strongly criticizing the DMK party president M. Karunanidhi for his double standard in State and national issues, Mr. Paneerselvam stated that Mr. Karunanidhi had ditched the Tamil people in the State as well as the Tamils living in Sri Lanka.

From Cauvery dispute to Mullai Periyar issue, the DMK chief did not press the Centre to do justice to the Tamil people.

His stand on Sri Lankan issue was well known to every one in the country and voters will no longer believe Karunanidhi’s political gimmicks, he pointed out.