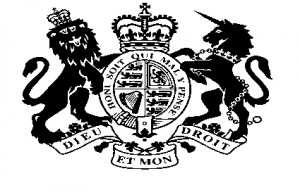 The final determination of the Sri Lanka Country Guidance Case is out today.

This will provide a new guidance in deciding asylum case in the UK.

It is to be noted that the UK Upper Tribunal has agreed that Tamils detained by the Sri Lankan security services remains at real risk of ill-treatment or harm requiring international protection.

The decision also introduced a categories of the persons at risk in Sri Lanka which includes, LTTE members relatives of the LTTE members Journalists andTamils Activist and Human rights workers.

The Upper tribunal sets out;

The governmentâ€™s present objective is to identify Tamil activists in the diaspora who are working for Tamil separatism and to destabilise the unitary Sri Lankan state enshrined in Amendment 6(1) to the Sri Lankan Constitution in 1983, which prohibits the â€˜violation of territorial integrityâ€™ of Sri Lanka. Its focus is on preventing both (a) the resurgence of the LTTE or any similar Tamil separatist organisation and (b) the revival of the civil war within Sri Lanka.

(4) If a person is detained by the Sri Lankan security services there remains a real risk of ill-treatment or harm requiring international protection.

(5) Internal relocation is not an option within Sri Lanka for a person at real risk from the Sri Lankan authorities, since the government now controls the whole of Sri Lanka and Tamils are required to return to a named address after passing through the airport.

(6) There are no detention facilities at the airport. Only those whose names appear on a â€œstopâ€ list will be detained from the airport. Any risk for those in whom the Sri Lankan authorities are or become interested exists not at the airport, but after arrival in their home area, where their arrival will be verified by the CID or police within a few days.

(7) The current categories of persons at real risk of persecution or serious harm on return to Sri Lanka, whether in detention or otherwise, are:

(c) Individuals who have given evidence to the Lessons Learned and Reconciliation Commission implicating the Sri Lankan security forces, armed forces or the Sri Lankan authorities in alleged war crimes. Among those who may have witnessed war crimes during the conflict, particularly in the No-Fire Zones in May 2009, only those who have already identified themselves by giving such evidence would be known to the Sri Lankan authorities and therefore only they are at real risk of adverse attention or persecution on return as potential or actual war crimes witnesses.

(d) A person whose name appears on a computerised â€œstopâ€ list accessible at the airport, comprising a list of those against whom there is an extant court order or arrest warrant. Individuals whose name appears on a â€œstopâ€ list will be stopped at the airport and handed over to the appropriate Sri Lankan authorities, in pursuance of such order or warrant.

(9) The authorities maintain a computerised intelligence-led â€œwatchâ€ list. A person whose name appears on a â€œwatchâ€ list is not reasonably likely to be detained at the airport but will be monitored by the security services after his or her return. If that monitoring does not indicate that such a person is a Tamil activist working to destabilise the unitary Sri Lankan state or revive the internal armed conflict, the individual in question is not, in general, reasonably likely to be detained by the security forces. That will be a question of fact in each case, dependent on any diaspora activities carried out by such an individual.