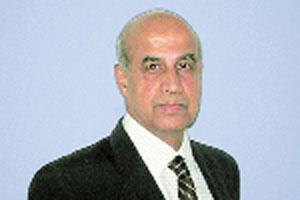 â€œThere would be prompt replacement of every dead LTTE cadre or leader as long as the idea of Eelam remained,â€ Brigadier (retd) Ravi Palsokar quotes Lt Gen AS Kalkat, who commandeered the IPKF in Sri Lanka as having said, in â€˜Ours Not to Reason Whyâ€™. Pune-based Palsokar, who raises questions on the operational goals of the Indian Peace Keeping Force (IPKF) 25 years after it was sent to Sri Lanka as part of the Indo-Sri Lankan Accord (ISLA) comments, â€œDo I detect a hint of exasperation and frustration in the above words of our senior officers? Forgive me, but I do.â€ Published by Power Publishers â€˜Ours Not to Reason Whyâ€™ is Palsokarâ€™s narration of commanding the 7 Infantry Brigade in Sri Lanka, the then LTTE citadel, Mullaitivu. Incidentally, it is the same brigade Brigadier John Dalvi commanded in the 1962 operations along the Thang La ridge. And like Dalviâ€™s â€˜Himalayan Blunderâ€™, Palsokarâ€™s book is factual, and raises similar questions, and leaves the interpretation to the reader. In the same vein, Palsokar admits his own occasional errors. Referring to B G Deshmukhâ€™s â€˜A Cabinet Secretary Looks Backâ€™, where the then Army Chief General K Sundarji has been quoted as saying that the Indian Army will finish LTTE in 10 days, Palsokar says, â€œWhat did neutralise mean? Did it mean LTTEâ€™s capability was not to be entirely destroyed, but only partially so? Were we to go in for Bangladesh-type surrender by LTTE? If we were to â€˜finishâ€™ LTTE, we should have used all the strength and firepower at our disposal. Much of the confusion of the task of IPKF stemmed from lack of a clear objective. We went into this adventure with eyes wide open, and the fact that LTTE may have confronted us militarily did not come as a surprise. Yet, two weeks stretched into months…two years.â€ 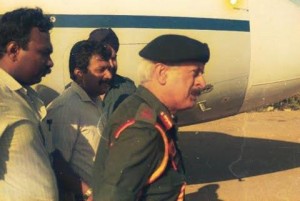 Palsokar does not forget to name those who fought bravely and lost their lives. This without excusing those in the higher formations who put the soldier in the situation without basic equipment like bulletproof jackets or AK-47 rifles, which even the LTTE had. Palsokar says, â€œHow did we arrive at the figure of 50,000 troops?â€ Just one â€˜arrangementâ€™ – reinforcing all infantry battalions under his brigade with an additional rifle company- narrated by Palsokar is enough to show lack of planning by the higher formations. â€œThe book is not a complaint. I am putting down facts for everyone to judge. My Brigade and IPKF as a whole did not receive the credit. I have written this book to put on record the heroic work of the 7 Infantry Brigade. What I did is on record. 25 years later, shouldnâ€™t anyone above me, political or military, answer as to why the IPKF is not considered to have succeeded,â€ said Palsokar. (Source: Indian Express)]]>