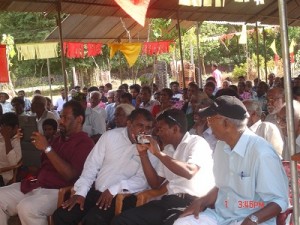 Declaration on the independence and sovereignty of the nation of Eezham Tamils and people in the North and East democratically mandating a separate country called Tamil Eelam, predate all militant politics of Tamils.