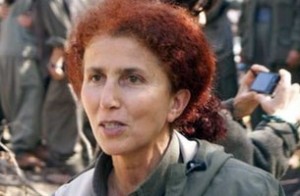 Three Kurdish women activists including a co-founder of the Kurdistan Workers Party (PKK), who were believed to be closely associated with the Tamil Coordinating Committee have been killed inside the Kurdish Information Centre in Paris on Thursday informed sources said. “The scene leads one to think of an execution, but the investigation will determine the exact circumstances,” a police source said. Three bullet casings were found near the bodies, all of them with headshot wounds according to French Police. The three women Kurdish activists have been identified as Sakine Cansiz , co-founder of the PKK, the group involved in a decades –long armed campaign against the Turkish government, another victim was 32-year-old Fidan Dogan and the third was Leyla Soyle Mez  who has been described as a “young activist”. Aoccording to reports from Paris the three murdered Kurdish activists had developed contacts closely with the foreign rebel outfits and they were closely associating with the Tamil Coordinating Committee and with its coordinators. They were also seen taking part in activities such as demonstrations and rallies arranged by the Tamil activists in Paris, sources said.]]>