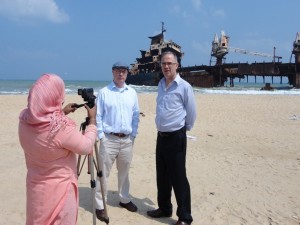 Foreign and Commonwealth Office Minister for South Asia Alistair Burt said his country will continue to urge the Tamil National Alliance and the Sri Lankan Government to make â€˜serious progressâ€™, towards a political settlement in the country.

Commenting on the forthcoming Commonwealth Meeting scheduled to be held in Colombo; Mr. Burt said Britain is yet to decide on the level of attendance at the Commonwealth Heads of Government Meeting (CHOGM).

While claiming that physical change such as roads or return from camps is â€˜genuine,â€™ he said that those were in themselves not sufficient.

â€œWe look forward to Sri Lanka demonstrating those commonwealth values of good governance, rule of law and human rights and continue to press the government to do so,â€ he tweeted.

He said it was essential that human rights defenders were free to speak out as they continued to make it clear to Sri Lankan authorities.