<![CDATA[The TNA began a fast at Chelvanagam Square in Jaffna town this morning (Dec. 20) to demand freedom for the arrested university students. <a href="http://www.eelamenews.com/?attachment_id=107447" rel="attachment wp-att-107447"> 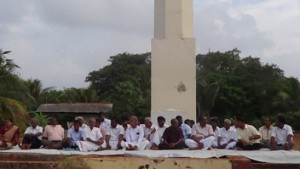 Apprehended by the Sri Lankan military, the undergraduates have been sent into remand custody. Around midnight yesterday, a Sri Lankan government armed group had damaged the platform and the roof of a tent that had been erected as a shelter for the fasting protestors, and also soiled the location with oil. The fast began only after the location was cleaned up. An organizer told to the Colombo based Mirror that the fast would go on until night to demand freedom for the arrested students and political prisoners and information on missing persons. 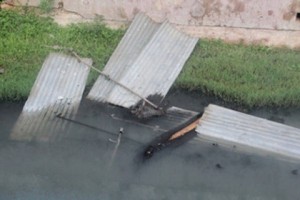