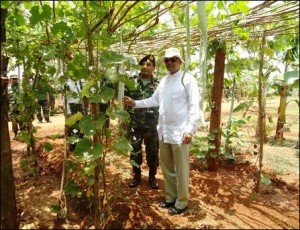 The Tamil National Alliance which has come out strongly against the Divi Neguma bill filed action in the Court of Appeal yesterday, in an attempt to restrain the Governor of the Northern Province from sanctioning the proposed legislation in the absence of a constituted provincial council in the north.

The case filed by TNA General Secretary and Jaffna District MP, Mavai Senathirajah seeks to prohibit the Governor from deciding on the Divi Neguma Bill and to make ineffective any decisions made by him in that regard, TNA Leader R. Sampanthan told the Daily FT.

The TNA MP is making the case that the Governor is not the competent authority to give an opinion about legislation proposed by the Central government and cannot exercise the powers of a democratically elected body in the absence of a provincial council in the north, with regard to powers vested with that council, Sampanthan added.

The Supreme Court ruling presented to parliament on 18 September said that the Divi Neguma Bill which seeks to amalgamate the Samurdhi Authority of Sri Lanka, the Udarata Development Authority and the Southern Authority, to form a single body called the Department of Divineguma Development which will function under the Ministry of Economic Development, must be sanctioned by the Provincial Councils before it is enacted into law. In the absence of a council in the Northern Province, the Government was engaged in an attempt to obtain approval for the bill from military Governor of the Northern Province, G.A. Chandrasiri.

The Court of Appeal adjourned the hearing until today because the Governor’s lawyers were not in a position to respond immediately.(FT)