Her face etched with pain, a child trains for  Olympic glory while her gymnastics trainer stands on her legs. 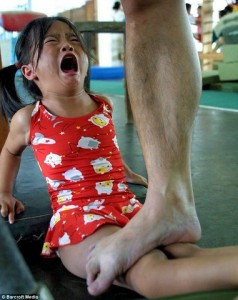 The cartoon space rockets and animal  astronauts on her tiny red leotard are a stark and powerful reminder of this  little girl’s tender age as she trains as hard as any adult athlete in the  Western world.

Nanning Gymnasium in Nanning, China, is one  of many ruthless training camps across the country to which parents send their  children to learn how to be champions.

But while training techniques appear  extreme  to Western eyes, they provide an insight into why China’s  athletes at London  2012 seem so easily able to swim, dive, lift and  shoot their way to  victory.

Gymnastic stars are known for starting at an  incredibly early age, and this group of children appear no  different as they  battled to complete the demanding routines on bars,  rings, and mats.

Boys and girls who looked no older than  five or  six-years-old were tasked with swinging on beams, hanging from  pairs of rings  and bounding across floor mats during the physically  strenuous training  sessions. 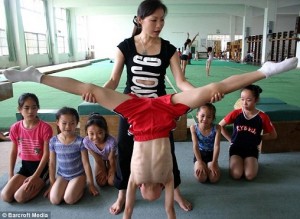 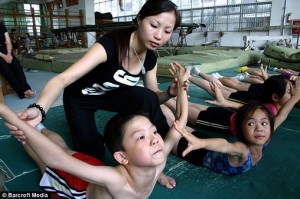 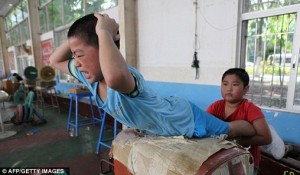 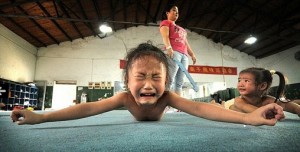 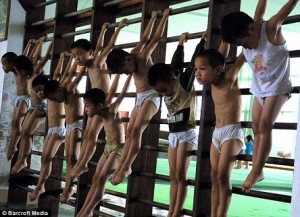