Turkey will make an official request to its NATO partners to deploy Patriot missiles along its border with Syria. The surface-to-air missiles will be able to shoot down aircraft up to 160 kilometers away.

Â­The request will be made â€œimminently,â€ a senior Turkish Foreign Ministry official told the media. 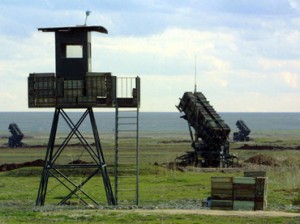 The possibility of enforcing a no-fly zone in Syria, where rebel fighters would be protected from attacks by the governmentâ€™s air force, has been on the table for some time despite NATOâ€™s reluctance to intervene in the Syrian conflict without a mandate from the UN Security Council.

The Patriot missile deployment is one of several scenarios currently being considered, the official said. Plans for the deployment were put on hold pending the results of the US election, the source explained, speaking on condition of anonymity because of ministry prohibitions on speaking with the media.

The official said that any missile deployment might happen under a “NATO umbrella,” although NATO maintains it will not intervene without a clear UN mandate.

Tensions between Turkey and Syria escalated in October, when shells coming from Syria landed in the Turkish border town of Akcakale, killing five civilians.

Turkey previously requested the deployment of the Patriot system duringÂ  the first and second Iraq wars. In both cases, deployments were carriedÂ  out by the Netherlands â€“ one of the few NATO members equipped with theÂ  system.(RT News)