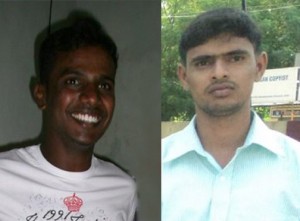 Two students of the Jaffna university who were arrested together with four others last November by the Sri Lankan Terrorist Investigations Division (TID), were freed today. Both students had been sent to the Welikada prison following their arrest. The TID had arrested four students after a tense situation arose at the university last November. The four students were arrested under the anti-terrorism laws. Human rights groups had campaigned for their release both in Sri Lanka and overseas. The two students who were freed, were handed over to their parents in the presence of Jaffna university officials. Amnesty International had said last month that P. Tharshananth, Sanmugam Solaman, Kanesamoorthy Sutharsan and K. Jenemajeyamenan were arrested without warrants in Jaffna.  ]]>