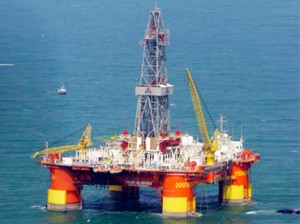 The Obama administration on Friday extended to Sri Lanka a waiver from U.S. sanctions for reducing imports of Iranian oil. US Secretary of State Hillary Rodham Clinton announced the extensions in a statement, the Associated Press reported. In addition to China, India and South Korea, the waivers will apply to Malaysia, Singapore, South Africa, Sri Lanka, Turkey and Taiwan. All nine were originally granted six-month renewable exemptions from the sanctions in June. The exemptions mean that banks and other financial institutions based in those places will not be hit with penalties under U.S. law enacted as a way of pressuring Iran to come clean about its nuclear program. A total of 20 countries and Taiwan have been granted the waivers. The others â€” Belgium, Britain, the Czech Republic, France, Germany, Greece, Italy, the Netherlands, Poland, Spain and Japan â€” will come up for review in March. The administration says the exemptions are a sign that pressure on Iran is increasing. In her statement, Clinton said Iranâ€™s oil production fell by a million barrels per day in September and October, compared to the same period in 2011. â€œThis has reduced Iranâ€™s export volumes and oil revenues, which fund not only the nuclear program but its support for terror and destabilizing actions in the region,â€ she said. â€œThe message to the Iranian regime from the international community is clear: take concrete actions to satisfy the concerns of the international community through negotiations with the (five permanent members of the U.N. Security Council and Germany), or face increasing isolation and pressure.â€ The U.S. sanctions target foreign financial institutions that do business with Iranâ€™s central bank by barring them from opening or maintaining correspondent operations in the United States. The sanctions would apply to foreign central banks only for transactions that involve the sale or purchase of petroleum or petroleum products and then only if the administration determined that there was enough non-Iranian oil available to make up the difference without disrupting oil markets. Shortly before Clintonâ€™s statement was released, the White House issued a finding from President Barack Obama saying there is sufficient non-Iranian oil on the market to avoid such disruptions.]]>