<![CDATA[ <div> Deputy UN spokesman Eduardo del Buey said the South Sudanese military had admitted to the UN mission in the country that it had hit the MI-8 helicopter. 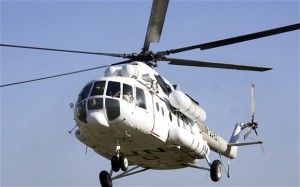 No reasons for the incident were immediately given.
The helicopter was on a “reconnaissance flight” in South Sudan’s troubled Jonglei state when it was attacked, the spokesman added.
The helicopter was in the Likuangole district of South Sudan’s troubled Jonglei state when it was hit, Mr del Buey added.
“Initial reports indicated the UN helicopter crashed and burned. The mission immediately launched a search and recovery mission. It has confirmed the death of all four crew members,” the spokesman said.
The UN Mission in South Sudan initially said only that the helicopter had crashed. “In subsequent communications between the mission and the South Sudanese armed forces, the SPLA told the mission that it had shot down the helicopter,” del Buey said. South Sudan admitted shooting down the plane, after it mistook the craft for an enemy plane. (The Telegraph)
]]>