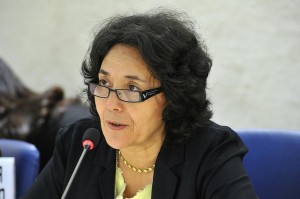 The United Nations (UN) has noted that the Sri LankanÂ government has investigated allegations of child recruitment by former TMVP member Iniya Bharati. The newly appointed Special Representative of the Secretary-General for children and armed conflict, Leila Zerrougui, in a report to the UN Human Rights Council said that the Government investigated the whereabouts of the remaining children allegedly associated with the faction led by Iniya Bharati, thus entering into compliance with its commitments under its action plan. Zerrougui presented the annual report of her predecessor, Radhika Coomaraswamy, to the Human Rights Council in Geneva which is currently having its 21st session.    ]]>