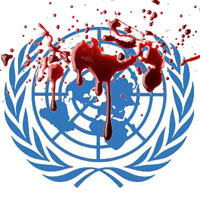 A senior United Nations relief official praised the progress made by the Sri Lankan Government in resettling over 440,000 people since the end of the civil war three years ago, and called for continued donor support for the country, where many people still lack basic services.

“The scale of what Sri Lanka has accomplished over the past three years – the pace of resettlement and the development of infrastructure – is remarkable and very clearly visible,” said the Director of Operations of the UN Office for the Coordination of Humanitarian Affairs (OCHA), John Ging, who just finished a three-day visit to the country.

Sri Lankan Government forces declared victory over the Tamils in 2009 and killed thousands of Tamils. Large numbers of Tamils were living as internally displaced persons (IDPs), especially in the country’s north, when the war ended.

However, “In 2012, it is absolutely unacceptable that tens of thousands of people are living in such appalling conditions without access to the most basic services,” Mr. Ging said.