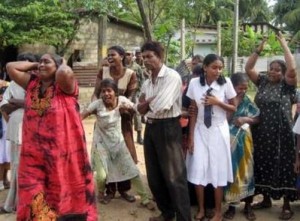 The United States brought to the notice of the UN Human Rights Council (UNHRC) last week, what it says is a continuation of violations of the rights to freedom of expression, association and peaceful assembly, and reprisals against human rights defenders, members of civil society, and journalists in Sri Lanka.

In a statement at the general debate on human rights situations requiring council attention, the US Ambassador to the UN in Geneva, Eileen Donahoe said that there have been no credible investigations or prosecutions for attacks on journalists and media outlets.

Among those who sought to visit Sri Lanka is the Special Rapporteur on the promotion and protection of the right to freedom of opinion and expression, Frank La Rue.

Canada also raised serious concerns over the situation in Sri Lanka during the 23rd session of the UNHRC last week.