At least 14 people have been killed in a shooting at a Batman film premiere in the US city of Denver, the BBC reported. About 50 people have been injured in the incident at the cinema complex in the suburb of Aurora.

Witnesses say a gunman wearing a gas mask opened fire during a midnight showing of The Dark Knight Rises. 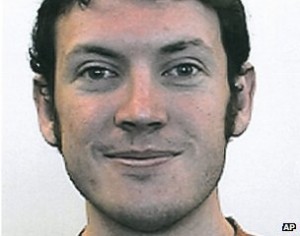 A man was arrested in a car park nearby in possession of a rifle and hand-gun. He told police that explosives were stored at his home.

Police chief Dan Oates told reporters that an apartment block in the north of Aurora had been evacuated as a consequence of that information.

More weapons may have been left in the cinema, he said.

“Witnesses tell us he released some sort of canister. They heard a hissing sound and some gas emerged and the gunman opened fire,” the police chief said.

“The shooting apparently went on for some time,” he said.

Ten people were killed at the cinema and four others died later at hospital of their wounds, he said.

The FBI, which is working with the police, say there is no terrorism link so far in their investigations, ABC reports.

Many ambulances are at the scene and the Swedish Medical Center, not the area’s main hospital, told the BBC it had received several gunshot victims and expected more.

A witness told 9News that during a shooting scene in the film he heard loud bangs and a lot of smoke and initially thought they were live special effects put on by the cinema.

Projectiles came through the wall from the neighbouring theatre screening, the witness said.

CNN quoted one witness saying: “A guy slowly making his way up the stairs and firing – picking random people.”