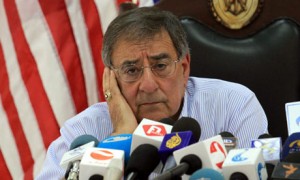 The United States might officially be the worst neighbor on Earth: the US now owes its allies $5.2923 trillion, the most money the country has ever been indebted to its foreign friends in the history of the nation.

Statistis released this week by the US Treasury indicate that, as of June 2012, the United States has borrowed bucks from most of the worldâ€™s major countries and has accumulated a debt that is on the verge of doubling in only a few short years.

As of June, the amount of US Treasury securities held by foreign holders is close to $5.3 trillion, which includes $1164.3 billion from China and $1119.3 billion from Japan at the top of the list. The list of nation that have helped out the US doesnâ€™t end there though: Brazil, Taiwan, Russia and the UK are also towards the top of the roster, which goes on to cite a substantial sum of money borrowed from the countries of India, Italy, South Africa and Peru, among others.

The latest figure of funds owed by America â€” $5.3 trillion â€” is substantially larger than what the country owed to the others when US President Barack Obama took office in January 2012. Only three and a half years after his inauguration, the United Statesâ€™ debt to foreign holders has increased by $2.2 trillion, or 72.3 percent.

Should that rate continue, the United States could expect to owe its allies over $9 trillion in just another few years. According to Associated Press reporter Martin Crutsinger, though, thatâ€™s a good thing. In the APâ€™s write-up, he says that the demand for US debt has risen in recent times because of fears that financing European Union nations on the brink of collapse could be a bit more risky.

â€œUS government debt is considered one of the worldâ€™s safest investments,â€ the AP reports. (RT News).