Sergei Lavrov said, “Speaking about the sanctions, including the 17th package of sanctions against Syria which was just passed several days ago, we are against unilateral sanctions in principle. We are for collective discussions of any issues. Unfortunately, when the European Union, the United States, and other countries started to impose unilateral sanctions against Syria, they did not ask us for any advice at all. A unilateral way has been chosen. We think it contradicts a collective principle of doing business. It contradicts the Security Council decisions on Syria. And it directly contradicts agreements by the so-called action group in Geneva on June 30.”

In a July 18 suicide bombing attack, Syrian Defense Minister Dawood Rajha was killed along with three other senior officials, including Rajha’s deputy, Assef Shawkat, who was also al-Assad’s brother-in-law.

The Russian top diplomat said he was surprised that the U.N. Security Council failed to condemn the attack, which Moscow termed as an “act of terror” and demanded the arrest and punishment of those responsible. 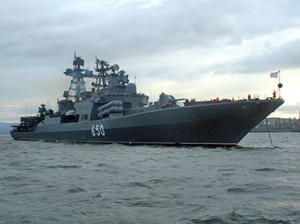 He also criticized Susan Rice, the U.S. envoy to the UN, who said that the Damascus bombing called for enforcement of the UN Charter chapter that sanctions the use of force.

“This is a terrible position, all in all. I can’t even find words to express our attitude to that,” Lavrov said.

Lavrov said that, according to information available, Syrian opposition groups linked to al-Qaeda have seized several checkpoints on the border with Turkey and looted Turkish property.