<![CDATA[In a likely attempt to avoid tensions with China, the US Treasury Department on Tuesday refrained from calling China a currency manipulator, despite years of complaints about Beijingâ€™s management of the yuan. <!--RTEditor:genereated--> 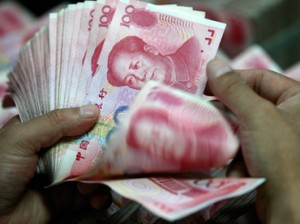 In a Nov. 27 semiannual Treasury Department report on global exchange rates, Chinaâ€™s currency was described as â€œsignificantly undervaluedâ€. The department emphasized the need for China to allow more flexibility in its exchange rate. â€œThe available evidence suggests the [yuan] remains significantly undervalued, and further appreciation of the [yuan] against the dollar and other major currencies is warranted,â€ the Treasury wrote. Due to inflation, the yuan has appreciated 12.6 percent against the dollar since June 2010. The Treasury acknowledged Chinaâ€™s efforts to reduce its market interventions since the third quarter of last year. For years, Americans have accused China of manipulating its currency to be able to sell products at competitive prices. In a free market, a trade surplus usually increases the value of a countryâ€™s currency. Since people want to be paid in their local currency, it creates a demand for that currency, thereby raising its value. But in China, the government has continuously printed more money and used it to buy about $1.15 trillion in US government debt. The Chinese have also manipulated the value of the yuan against the dollar, keeping it about 20 percent bellow its proper value. Although some government officials have complained about the currency manipulation, US officials have long avoided accusing Beijing of partaking in this illegal act, which goes against international law. In 2011, the Obama administration passed up two opportunities to do so. It wasnâ€™t until the 2012 presidential debates that President Obama cracked down on China for its questionable handling of money. If the US were to officially label China as a currency manipulator, it would be required to have a formal conversation with officials in Beijing about the issue, possibly angering Chinese leaders and risking a trade war. To maintain its foreign relations, US government officials and the Treasury Department have been careful with their wording â€“ encouraging a looser control of Chinaâ€™s currency without making any accusations. â€œIt appears that the strategy of the last two administrations to use diplomacy rather than confrontation in dealing with the yuanâ€™s value is having some positive results,â€ William Reinsch, president of the National Foreign Trade Counsil, told Bloomberg News. â€œThere is clearly room for further appreciation, however.â€ But some members of Congress believe the Treasury should be upfront with China in order to solve the problem more effectively. â€œThis report all but admits Chinaâ€™s currency is being manipulated, but stops short of saying so explicitly,â€ Sen. Charles Schumer (D-NY) told Bloomberg in a statement. â€œThe formal designation matters because there can be no penalties without it. Itâ€™s time for the Obama administration to rip off the Band-Aid, and force China to play by the same rules as all other countries.â€ Ted Truman, a former Federal Reserve official and assistant Treasury secretary, told Bloomberg that the US is still suffering from the effects of the currency manipulation, making it an important issue to address. â€œBut we are still living with economic, financial and political after-effects of a decade of a very undervalued yuan,â€ he said. Still, the Treasury refuses to accuse China of manipulating exchange rates for the sake of avoiding tensions. (RT News).]]>