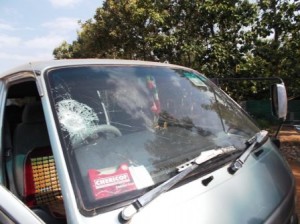 A motorbike gang followed the vehicle in which Mr S. Kajendran was returning from the demonstration to attack it near Mu’l’liyava’lai.

Another gang, in the very presence of SL military, attacked the vehicle in which Dr. Wikramabahu Karunaratne and Mr Gajendrakumar Ponnampalam were returning via Paranthan road. A vehicle of media persons was also attacked. 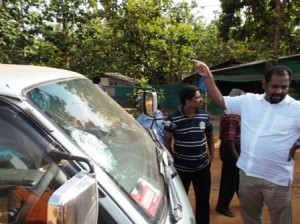 The army attempted to force people away but failed.