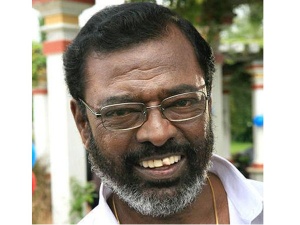 Veteran Actor-directorÂ  Manivannan passed away due to cardiac arrest at his residence in Nesapakkam, Chennai today morning. Though the veteran actor’s health has not been up to the mark for the last few years, he still continued to work on films. His last release was Nagaraja Cholan MLA, a sequel to his hit film Amaidhi Padai, in which he teamed up with actor Sathyaraj. It’s indeed a sad day for all Tamil cinema fans and fraternity.

Manivannan hails from Sulur in Coimbatore and has over 400 films to his credit. His tryst with films began when he joined director Bharathi Raja’s camp around 1979, when he was making the film, Kallukkul Eeram. His best combination is said to be with Sathyaraj with whom he has acted in around 25 films, including his last release.