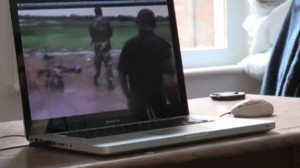 Callum Macrae‘s documentary No Fire Zone: Sri Lanka’s Killing Fields is making waves, showing war crimes during the LTTE-government conflict. Speaking with Manoj RamachandranÂ  for Times of India, Macrae discussed his views on the Sri Lankan government, why accountability is crucial â€” and how India can help:

Why is your film significant?

What’s significant is the shocking scale of war crimes committed by a government which claims democratic legitimacy and adherence to international humanitarian law. The crimes we’re talking about aren’t executions of prisoners and sexual violence against fighters â€” we’re talking about the deliberate targeting of civilians in the No Fire Zone, which the government itself encouraged them to gather in.

A UN panel concluded that most who died did so as a result of government shelling â€” we’re talking about tens of thousands dead.

Have there been serious attempts to get victims justice?

The people who stand accused are at the highest levels of the Sri Lankan government. They’re unlikely to investigate themselves â€” and if they do, i fear they will simply find themselves innocent.

At the end of the war, many hoped the government would hold out a hand of friendship and reconciliation to Tamil citizens. They did the opposite. Their behaviour seems to suggest they regard all Tamils in the north as indistinguishable from the Tigers, that they’re in effect an enemy within which must be thoroughly repressed â€” that`s a recipe for more conflict and tragic bloodshed.

You claim to have footage of LTTE supremo Prabhakaran’s son, Balachandran, alive in a bunker, apparently held by Lankan troops, later showing the 12-year-old shot two or three feet from his chest. Would you tell us more?

The new photographs of Balachandran alive are not just distressing and disturbing â€” they are also enormously important evidentially because they appear to rule out any suggestion that he was killed in cross-fire or during battle or that he was executed by some maverick band of paramilitaries.

They show he was held â€” even given a snack â€” before being taken and executed in cold blood. There was time to take photographs. It is difficult to imagine the psychology of an army in which the calculated execution of a child can be allowed with apparent impunity.

Against this backdrop, can a film make a difference?

Without justice, there can be no peace â€” and without truth, there can be no justice. We hope we can be an important part of that truth-telling. Our job is to present the evidence to the world. I think there are enough people who care about the rule of law, human rights and the need for reconciliation to take up the campaign for justice.

Forthcoming events, starting with the UN Human Rights Council meeting in March, going on to the Commonwealth heads of government meeting (CHOGM) in Sri Lanka in November, will focus attention on this.

Many people are already asking whether their governments should be attending that CHOGM meeting unless the government shows significant progress on accountability. Also, human rights defenders argue for a credible independent international inquiry. If India was to declare its support, it could mark the start of the movement towards peace and justice in Sri Lanka. India has a huge responsibility in the forthcoming UN meeting.

Finally, is your film absolving the LTTE?

The LTTE were a brutal army, guilty of appalling crimes. There should be no doubt about that â€” we make that point very clearly in our film. But the Sri Lankan government needs to understand that the crimes of one side do not justify the crimes of another.