The World Tamil Protection Movement (WTPM) held a protest on Sunday at 4.00 pm in Chennai supporting Tamil humanitarian and national activist Mr Gobi Sivanthan, who is continuing the hunger strike for the eight consecutive day at the London Olympic village. 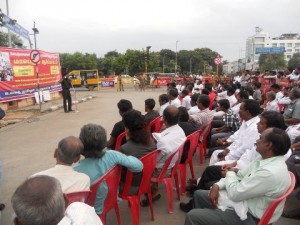 Reminding the Olympic committee of its international obligation to deal with a war criminal, the memorandum also urged the committee to work for the removal of Sri Lanka from the game. 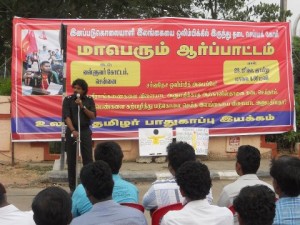