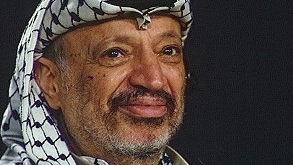 The remains of Yasser Arafat have been exhumed as experts try to ascertain whether the Palestinian leader was poisoned. The probe comes less than a week after the ceasefire between Gaza and Israel and precedes a UN vote on Palestineâ€™s nation status. Traces of a radioactive substance were found of Arafatâ€™s effects in July, adding impetus to the theory he was murdered. The procedure began at 05:00 GMT and was carried out in the presence of French, Russian and Swiss experts to verify its validity. Scientists took samples of Arafatâ€™s bones, which they will take back to their respective countries. There they will be analyzed for traces of radioactive material and other lethal substances. Experts have said a full investigation into the causes of Arafatâ€™s death could take several months. Journalists were prohibited from attending the exhumation â€œbecause [of the] sanctity of the symbol and the sanctity of this event,â€ a former Palestinian intelligence chief told AFP. A probe was launched back in August following a documentary by Qatar-backed channel Al Jazeera. The documentary claimed that traces of plutonium-210 were discovered on items belonging to the iconic figure. Scientists from the Swiss Institute of Radiation Physics at Lausanne University found â€œsignificant tracesâ€ that exceeded normal levels by 10 times in some samples. However, investigators conceded that Arafatâ€™s symptoms according to his medical records were not consistent with radioactive poisoning. Arafat, who was made the first president of the Palestinian Authority in 1996, became ill in October 2004. His condition worsened so severely over the subsequent two weeks that he was transferred to a French military hospital in Paris, where he died in the November. The former leaderâ€™s medical records describe the cause of his death as a stroke brought on by a blood disorder of unknown origin, but rumors are rife in Palestine that Arafat was poisoned by Israel. The Israeli government has repeatedly denied these accusations.

One of the possible answers to why Al Jazeera has been so actively covering the issue is Qatarâ€™s interest in what is happening in the region, independent journalist James Corbett told RT. The emir of Qatar visited Palestine shortly before the recent conflict, offering money and arms, Corbett said. RTâ€™s Paula Slier pointed out that thereâ€™s â€œa lot of vested interestâ€ in terms of who and what was behind the death of Yasser Arafat. She reminded that Al Jazeera, who is â€œalmost obsessed with stories about Israeli assassinations,â€ is owned by the Qatar government. â€œWhat weâ€™ve witnessed for some time is that Qatar isâ€¦desperate to see some kind of change within the Palestinian leadership. For some time Qatar has also wanted to see the Palestinian President Mahmoud Abbas step down and to see more radical elements come to power not only in Gaza, but also in the West Bank.â€ Even if the investigation proves Arafat was poisoned, itâ€™s highly unlikely it will result in any real political fallout, James Corbett argued. â€œThe vast majority of Palestinians have always assumed that Israel assassinated Arafat. If this goes on to confirm that, it kind of throws in the face of the Palestinians their helplessness in a situation like this. And this was underscored actually just earlier this month when Israel came out and for the first time military censors allowed the information about the killing of Fatahâ€™s co-founder, Khalil al-Wazir,â€ Corbett said. Earlier this month Israel admitted the assassination of Khalil al-Wazir in 1988, after some 25 years of secrecy over the killing. â€œSo itâ€™s now openly on record admitted that the co-founder of Fatah was killed by the Israelis, but again nothing has resulted politically, and itâ€™s unclear whether or not Palestine will have any ability to bring any sort of proceedings against Israel if it is found that Arafat was poisoned,â€ Corbett told RT. (RT News).]]>