Indiaâ€™s northern and eastern power grids have failed, plunging half the country into darkness. It is the second consecutive day in which blackouts struck India. 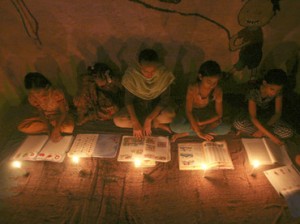 “We are busy with the revival right nowâ€¦ Both the northern and eastern grids have collapsed. Please allow us to address the problem,” V.K.Agrawal, General Manager of the northern grid, told AFP.

Power has been restored in the coastal state of Odisha, reports television channel NDTV.

The subway ground to a halt in Indiaâ€™s most populous city, New Delhi and has been closed to the public until power is restored. The remaining passengers are currently being evacuated.

Around 100 MWs of emergency power is currently being pumped into priority areas of the Indian capital, such as hospitals and traffic signals. Power is also being channeled into the subway to help get stranded passengers to the nearest station.

Additionally, at least 300 trains have been affected by the outage across the North of the country.

A grid failure in Delhi and much of northern India left more than 300 million without electricity on Monday.

This was one of the worst power outages to hit the country in more than a decade. By mid-morning on Monday, electricity had returned to parts of Delhi and Uttar Pradesh. The states of Rajasthan, Punjab, Jammu and Kashmir also suffered blackouts.

Power Minister Sushil Kumar Shinde issued a statement saying that a three-member committee would be charged with determining the causes of the mass blackouts. He did not address claims that the outages may have been triggered by some states drawing more than their share of energy. (RT News).