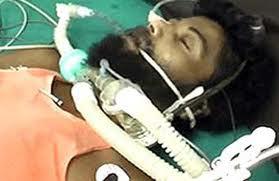 Vavuniya Prison Tamil inmate Mariadas Navis Dilrukshan, one of the 30 prisoners who were hospitalised after they were assaulted by Sri Lankan forces in Vavuniya prison died today, Vavuniya sources said.

Mr. Dilrukshan had passed away at 1. 30 am today at the Ragama hospital where he was receiving treatment after being transferred from Mahara hospital.

Mr. Dilrukshan was a resident in Tathaypoor in Jaffna. He is the second prison inmate to die – the first was Ganesan Nimalaruban (22).