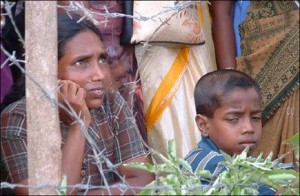 Story: The United States would consider all mechanisms available to pursue Sri Lanka for post-war reconciliation and investigate into alleged human rights violations in the final stage of a three-decade war, its envoy for the island nation said

Michele Sison, the U.S. ambassador to Sri Lanka, speaking to foreign correspondents said concerns over human rights and other democratic values have deteriorated in Sri Lanka and that prompted her country to sponsor a second resolution at the United Nations Human Rights Council (UNHRC) last month.

Sison told a Foreign Correspondents Association (FCA) forum late on Monday (April 08), while explaining the next steps the U.S. will take to pursue Sri Lanka for post-war reconciliation and accountability for alleged killing of thousands civilians.

â€œAs we examine next steps, we will renew our consideration of all mechanisms available, both in the Human Rights Council and beyond,â€ said Sison.

However, she did not elaborate the mechanisms the U.S. is considering beyond the Human Rights Council and the time frame for such measures.

Sri Lanka is under heavy international pressure to conduct an independent investigation into conduct during the war where, tens of thousands of civilians were killed in the final months of the nearly 30-year conflict, according to a U.N. panel.

Since the end of the war in May 2009, Sri Lanka has repeatedly rejected calls from the Western nations and UN for an international independent probe into the alleged rights abuses in the final months of the war.

On March 21, The U.N. adopted the second U.S.-sponsored resolution calling Sri Lanka to carry out credible investigations into killings and disappearances during the war, especially in the brutal final stages in 2009.

The resolution, as in the first one adopted last year, called Sri Lanka to implement the recommendations to address rights abuses recommended by its own local inquiry panel, Lessons Learnt and Reconciliation Commission (LLRC) appointed by President Mahinda Rajapaksa.

She said deteriorating human rights violations in Sri Lanka led the U.S to sponsor the second resolution after

Sison also said though the LLRC report had mapped out a path to progress on investigating enforced and involuntary disappearances, special commissioner to conduct these investigations has not yet been appointed.