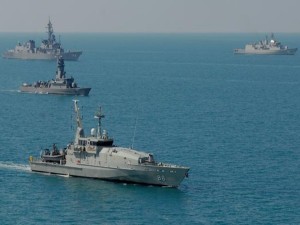 A child who died after an asylum boat sank off Australian waters recently was Sri Lankan Tamil,Â the Australian media reported today.

The baby boy from Sri Lanka drowned and eight other asylum seekers vanished from a vessel that sank north of Christmas Island on Friday night.

It is understood at least two children are among the asylum seekers missing, presumed dead.

The Australian Maritime Search and Rescue Authority (Amsa) had made a decision to end the aerial and water-based search for the missing eight people on Saturday night, after 88 survivors and the body of the child less than one-year-old had been plucked from the water.

A standard review by customs and border protection will go ahead, as well as a state coronial investigation into the death of the young boy, the coronerâ€™s court of Western Australia confirmed to Guardian Australia.

â€œThe most recent asylum seeker boat capsized out of the jurisdiction of the coroner so the missing persons will not be investigated unless the bodies are recovered and brought to Christmas Island,â€ a spokeswoman said.