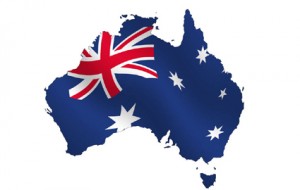 On 25 August 2011, the Sri Lanka government announced it would not extend the state of emergency, which had been in place almost constantly since 1971.

Military and police checkpoints are present along some roads and road closures can occur without warning. You should avoid all demonstrations and large public gatherings as they may turn violent or be a target for politically-motivated attacks. Police have used tear gas in response to protests. In the Northern Province of Sri Lanka, which includes Mannar, Vavuniya, Mullaitivu, Kilinochichi and Jaffna Districts, post-conflict security forces activity is ongoing, especially demining.

Marked and unmarked minefields and unexploded ordnance are widespread in some areas. In both the Northern and Eastern Provinces you should stay on main roads and pay close attention to signs warning of danger from landmines. Foreign passport holders, including diplomats and international and local non-government organisation personnel, no longer require approval from the Ministry of Defence to travel to the north of Sri Lanka. However, individuals and groups intending to visit military establishments or high security zones or to meet military officials still require specific approval from the Ministry of Defence.

All regions of Sri Lanka experience outbreaks of the mosquito-borne dengue fever. Almost half of the cases in 2012 were reported in Western Province, where Colombo is located. See Health Issues below for more information. Because of the prevailing security situation, we strongly recommend that you register your travel and contact details with us so we can contact you in an emergency. Be a smart traveller. Before heading overseas: organise comprehensive travel insurance and check what circumstances and activities are not covered by your policy subscribe to this travel advice to receive free email updates each time it’s reissued.