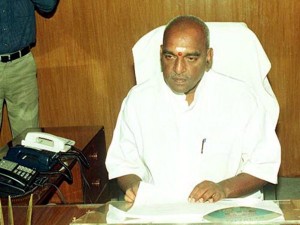 The Tamil Nadu state unit of the BJP has asked the Congress-led UPA government at the Centre to â€˜coerceâ€™ Sri Lanka to politically empower the Sri Lankan Tamils so as to enable them live with dignity and respect in the island nation, the Deccan Chronicle reported.

According to BJP sources, the Centreâ€™s inaction is sending a wrong message across that India is not keen on protesting the Tamils in Lanka. â€œWe want political empowerment for the Lankan Tamils as per the 13th Amendment and the Centre should strongly work towards this goal,â€ said BJPâ€™s state president Pon Radhakrishnan.

On the Sri Lankan Tamil issue, the party said it was already engaged in efforts to ensure the rights of Lankan Tamils. The partyâ€™s executive committee had resolved to work for a political solution for the Tamils in Lanka that would ensure them dignity and respect.

The party, which is getting into election mode, is likely to rake up this issue targeting Congress failure in ensuring Tamilsâ€™ rights. Besides, it is likely to raise several key issues including Karnatakaâ€™s unrelenting opposition to releasing Cauvery water to Tamil Nadu and retrieving KatÂ­chaÂ­theevu, during the Lok Sabha polls.

According to party sourÂ­ces, the state president has directed party members to gear up for the elections and strive to bring back BJP rule at the Centre. â€œThe failure of Congress to halt the repeated indiscriminate attacks on Tamil Nadu fishermen by Lankan navy is distressing. We want the Centre to take back Katchatheevu from Lanka,â€ said a senior leader.