65 Years since independence â€“ who benefited? 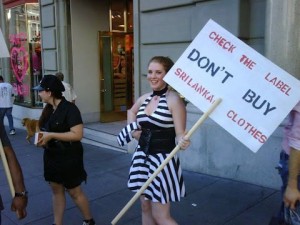 The two parts sessions, with discussion and action plan to bring together enthusiastic youngsters, Trade unionists, Tamil organisations and other progressive thinkers, all under one roof. All the delegates and attendees were highlighting the current disastrous political situation in Sri Lanka, where a hidden form of genocide has been executed for decades, since the independence in 1948.

TSol Campaign coordinator Senan rightly pointed out that â€œTamils, and the majority of the Sri Lankan population, gained little out of the â€˜transferâ€™ of political power from the British Empire to the local eliteâ€. Independence of Ceylon meant structural genocide of Tamil identity as a Nation in which they lived in a well-defined territory with their own language, arts, culture, customs and heritage. They have been living in the North and East of the Island historically for several centuries and they will continue to fight to reinstate their lost sovereignty and self- determination.

The BTF Advocacy Coordinator Vakesan, who gave the action plan for the campaign stated that we should mobilise people to boycott Sri Lankan State and target multinational companies and name and shame those who continue to fuel the dictatorship regime since the end of War in 2009. He further said, the current regime does not have an appetite to address the root cause to the conflict and a meaningful reconciliation is only possible through International Independent Investigation (III) into war crimes, crimes against humanity and crimes of genocide.

The students and other organisations including Trade Unions have come forward to work with BTF and TSol to successfully execute the â€˜Boycott Sri Lanka! Campaignâ€™ targeting CHOGM 2013 and beyond. The following actions have been proposed:

The Trade Union activists Rob Williams, national chair of the National Shop Steward Network, and Tracy Edwards, PCS Civil Service Union, who spoke at the event expressed â€œhow Tamils in Britain can work with the trade unions and highlighted experience in organising trade union activitiesâ€. Paul Callanan from â€˜Youth Fight for Jobsâ€™ commented on how Students and Tamil Youth could strengthen the Boycott Campaign.

BTF and TSol is committed to work together to involve much needed support of wider movements into Tamil peoples struggle for freedom and justice in the island. BTF will continue to work with other organisations in political front as well as through wider movements.