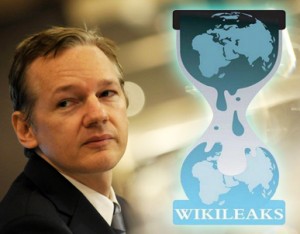 Britain’s options in dealing with WikiLeaks founder Julian Assange are limited and British lawyers and diplomats reckon its best course of action is simply to sit tight and wait.

Assange took refuge at Ecuador’s London embassy in June to avoid being extradited to Sweden where he faces questioning over rape allegations. It triggered a diplomatic standoff that turned heated last week when Britain threatened to raid the diplomatic mission and Ecuador granted Assange political asylum.

By prompting Latin American accusations of colonial arrogance, and suggesting a move that may well be illegal and would certainly set a dangerous precedent for its own diplomats, Britain was unwise to make the threat, many legal and diplomatic experts say, however frustrating it finds Ecuador’s position.

But Quito’s leftist and ardently anti-Washington president Rafael Correa, and Assange himself, who made a first appearance in two months from an embassy balcony on Sunday, also have few options, they argue. So Britain has little to gain from haste.

“I don’t think for Assange the possibility of spending months or even years at the Ecuadorean embassy is very attractive,” said Francisco Panizza, who studies Latin American affairs at the London School of Economics. “And in a way, Britain has everything to gain by playing the waiting game.” While the 41-year-old Australian anti-secrecy campaigner has won a right to live in Ecuador, he has no obvious way of getting there without being arrested by British police who say they are legally obliged to send him to Stockholm. Britain and Sweden do not accept Assange’s view that he is a victim of a U.S. “witch-hunt” and Washington has said it has no interest in the matter. Last week, Britain said it had a legal right to remove the embassy’s diplomatic status and then enter to arrest Assange. But many lawyers question that view and diplomats have said that it would put British envoys at risk of repercussions abroad. “There’s no obvious direct action they can take. I exclude the possibility of their simply barging into the embassy,” said Oliver Miles, a former British ambassador to Libya. He said breaking off diplomatic relations with Ecuador would be more “realistic”, but not very attractive, way to resolve an impasse to which the British government says it is seeking a “diplomatic solution” and still “exploring all the options”. GUARANTEE? One such option could be for Britain to offer a guarantee that Assange will not be extradited from Sweden to the United States. Under international law, Britain must give its consent for someone it has extradited to be sent on to a third country. However, giving Assange some form of guarantee in advance that Britain would block further extradition may be problematic. “I don’t think that’s actually realistic,” said Dapo Akande, a lecturer in public international law at Oxford University. “That would mean Britain would have to give this guarantee in the abstract, without knowing precisely what re-extradition might entail, what evidence might be available and what the precise charges would be,” he said. “More likely, I think, is the option of just waiting it out, because it’s very difficult to see what Britain’s other options are.” A strategy of waiting might be encouraged by Assange’s record of falling out with allies. Some journalists, celebrity sympathizers and fellow advocates for freedom of speech have distanced themselves from him after acrimonious disputes. The former computer hacker is also an unlikely bedfellow for Ecuador’s government, which stands accused of trying to muzzle media critics. The New York-based Committee to Protect Journalists describes Correa’s press freedom record as “among the very worst in the Americas”. Craig Barker, a law professor at Sussex University, said both Assange and the Ecuadoreans may tire of each other in time: “My thinking is that the best way for the Brits to go forward from this is simply to allow Assange to remain in the Ecuadorean embassy until he gets tired of it, the media gets tired of it and the Ecuadoreans get tired of it,” he said.

“Depending on Assange’s ongoing activities, there may be something that would embarrass them. He isn’t the type to stay quiet. He’s going to have to keep bringing his case to the media, and the Ecuadoreans will begin to wonder what the benefit is to them.” (Reuters).