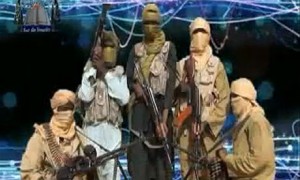 A British construction worker feared to have been executed by Islamist hostage-takers in Nigeria on Saturday has been named as Brendan Vaughan.

The foreign secretary Wiliam Hague confirmed on Sunday that Vaughan is “likely to have been killed at the hands of his captors,” along with six other foreign workers in “an unforgiveable act of pure cold-blooded murder”.

The announcement followed 24 hours of uncertainty after the Al-Qaeda-affiliated Ansaru group released an image of what appeared to be several dead bodies. Vaughan, who was working for the Lebanese construction company Setraco, was abducted with colleagues from Greece, Italy and Lebanon on 16 February.

The killings are thought to be the most deadly Islamist terrorist attack yet against foreigners in Nigeria. The foreign workers were based in Jama’are, a town about 125 miles north of Bauchi, where militant Islamists have launched numerous attacks in a bid to destabilise the government of president Goodluck Jonathan and create Islamic rule. Ansaru, a splinter group independent from Boko Haram, the main terrorist group in northern Nigeria, claimed responsibility and announced on Saturday they had killed “all the seven Christian foreigners”. Experts on Islamist terrorism in the west African country said the killings were further evidence that Ansaru is focused on attacking foreign nationals in an attempt to internationalise a bloody internal conflict that has seen Boko Haram claim the lives of more than 1,500 Nigerians since 2009.

Ansaru was responsible for the killing of British construction worker Christopher McManus, 28 and his Italian colleague Franco Lamolinara, 47, in February 2012.

Ansaru said the latest killings were in retaliation for what it believed to be attempts by the British and Nigerian governments to rescue them. They cited local media reports that British military planes had been seen at the Nnamdi Azikiwe airport, 200 miles away in Abuja and suggestions they were in the area to launch a rescue mission.

View Nigerian hostages killed, 110313 in a larger mapThe Ministry of Defence indicated no such operation was underway, a position backed by the Italian and Greek governments.

“We are supporting the French in their activities in Mali which includes transporting equipment and manpower,” an MoD spokeswoman said.

“Responsibility for this tragic outcome rests squarely with the terrorists,” said Hague. “I am grateful to the Nigerian government for their unstinting help and cooperation. We are utterly determined to work with them to hold the perpetrators of this heinous act to account, and to combat the terrorism which so blights the lives of people in Northern Nigeria and in the wider region.”

A message was posted on an Islamist website claiming that Ansaru members had killed the hostages after reports of the British warplanes in Abuja.

But the group cited a report on a Nigerian website dated 23 February, two weeks earlier, which also included a quote from the British high commissioner in Nigeria, Rob Fitzpatrick, describing the presence of the planes as “routine military-to-military engagement”.

Announcing the killings “in the name of Allah most beneficent most merciful”, Ansaru said: “The British government sent five jet bombers, soldiers and intelligent parading in Bauchi in order to rescue them [sic]. They also arrested many people including women and killed some of them.

“By this progress the Nigeria and British government operation led to the death of all the seven Christian foreigners because the soul of a single believer is worth more than the lives of thousands of unbelievers”. It was signed “Abu Usumatal Ansary (JAMBS [Ansaru] leader)”.

Ansaru reportedly said a video of the killings would be posted online.

Ansaru also claimed a message from the Nigerian president, Goodluck Jonathan, which said the government would do anything in its power to free the hostages, contributed to the decision to kill them. On Saturday, a spokesman for the Nigerian military said at least two soldiers and 52 Boko Haram fighters died in fighting in Maiduguri following a visit by the president.

The hostage crisis started when members of Ansaru kidnapped seven employees of Setraco in a violent raid. Authorities said the gunmen first attacked a prison and set fire to police trucks. They then blew up a back fence at the construction company’s compound and took over, killing a guard in the process, witnesses and police said.

The gunmen appeared to be organised, leaving the Nigerian household staff members unharmed while the foreigners were quickly abducted, a witness said. The group cited “the transgressions and atrocities done to the religion of Allah â€¦ by the European countries in many places such as Afghanistan and Mali”.(The Guardian)