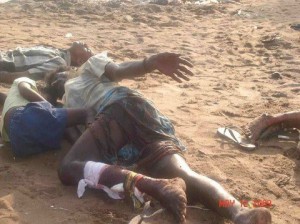 Tamils for Obama wrote a letter to UK Prime Minister David Cameron. The letter says “We believe that the British made a serious error in leaving one (rather than two) former colonies behind in Ceylon.

“We would be grateful if a prominent and significant Brit–such as yourself–were to publicly and for the record acknowledge that it would have been more proper, wise, and foresightful to have restored an independent Tamil state in the northeast of Ceylon. We think this will help to frame the future debate about a Tamil homeland.”

The letter started with some history. “Long, long ago (up to about seven centuries ago) and far, far away (on the south Asian island of Ceylon) there were two peoples with two languages, two religions, two cultures, and two kingdoms, which sometimes fought with each other. About seven centuries ago the first European colonialists arrived (the Portuguese, in 1505).”

The letter went on “The Dutch attacked Ceylon’s Portuguese rulers militarily in 1638 and by 1660 controlled the whole island. The Dutch ruled Ceylon until the time of Napoleon. When Napoleon conquered the Netherlands,the British took control of Ceylon to keep it from falling into French hands. The British ruled Ceylon as a colony from 1815 until 1948.”

The letter continued “When the British left in 1948, they left behind a single unified state. Rather than two states for two peoples, languages, religions, cultures, and sometimes disputatious former kingdoms, the Brits left a single country with a grim ruling majority, the Singhalese. This hostile majority immediately began a campaign to disenfranchise, persecute, subjugate, and drive out the Tamil population, leading eventually to the civil war and genocide of the last thirty years.

“In our eyes,” Tamils for Obama said in the letter, “the British decision to create a unified Ceylonese state was a foreseeable error. It has certainly created a disaster for the Tamils.”

Tamils for Obama then stated “As a nationality fortunate enough to have been ruled by the British (compare that to other empires, like, say, the Mongols), we have a lingering affection for Great Britain. We would be delighted to be members of the Commonwealth. That is, if we had our own country (as we did before British rule) and if we were not a subjugated and oppressed minority in our own ancient land.”

At the end, the Tamil group stated their goal. “We believe that the British made a serious error in leaving one (rather than two) former colonies behind in Ceylon.”

Tamils for Obama hopes that Cameron will go on record saying that Great Britain erred in making a single Ceylonese country. They want him to acknowledge that it would have been better to have left an independent Tamil state.

“There will be debate about a future independent Tamil homeland,” said a press spokesman for Tamils for Obama. “We hope that the discussion can start with the admission that leaving behind a unified Ceylonese state was an error.”