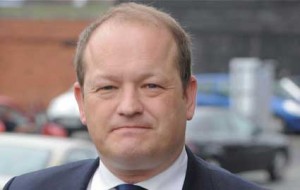 British Parliamentarian Simon Danczuk has said he will confront President Mahinda Rajapaksa on the investigations into the death of Khuram Shaikh, the British national killed in Tangalle in 2011.

Danczuk is due in Sri Lanka later this week as part of a Commonwealth Parliamentary Association delegation visiting Colombo. Shaikh has told The Daily Telegraph he will raise concerns of a cover-up in the investigations when he meets the President. â€œIâ€™m going to confront the president of Sri Lanka on whether he thinks this behaviour is becoming of a Commonwealth nation. The perception is that theyâ€™re trying to cover it up. My guess is that [it’s because] the alleged murderer is a local politician who delivers for the ruling party, which delivers for the president and helps them remain elected,â€ Danczuk has told the British newspaper.

He believed threats against at least two witnesses had been a key factor in delaying progress in the inquiry. The eight suspects were released after ten months in custody because of the delays. The Foreign Office is watching the investigation closely amid growing concerns about human rights abuses in the country in the run up to this yearâ€™s Commonwealth Heads of Government Meeting (CHOGM) in Colombo later this year. Britain will be represented by Prime Minister David Cameron and Prince Charles, but Danczuk has said the government should downgrade its representation if the criminal investigation into Shaikhâ€™s murder is further delayed.

â€œThe British government should think twice about who we send to CHOGM if justice is not done before then, and whether it should include the Prime Minister,â€ he has said.