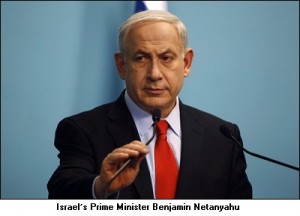 But Bulgarian news media reported that the bomber was a former Guantanamo Bay detainee and identified him as Mehdi Ghezali, a Swedish national who was captured by U.S. forces during a 2001 battle in Tora Bora, Afghanistan, and was released from Guantanamo in 2004.

The identity of the bomber, who Bulgarian officials said carried a fake Michigan driverâ€™s license, was not immediately confirmed by Israeli or Bulgarian authorities. Video surveillance footage released Thursday by Bulgaria showed a lanky, long-haired man who wore a baseball cap, plaid shorts and a T-shirt and blended easily into the crowd at the airport in the Black Sea resort city of Burgas.

In Washington, officials confirmed that Ghezali was a former Guantanamo detainee but could not immediately verify that he carried out the bombing.

The attack threatened to escalate tensions between Israel and Iran at a time when Israel is threatening military action to prevent Iran from developing nuclear weapons and international efforts to stop the Iraniansâ€™ alleged program are faltering.

On Thursday, Israeli officials repeated that they would retaliate swiftly and firmly, but they played down the idea that they would carry out a military strike. Analysts said they expected Israel to respond covertly, continuing its tit-for-tat clandestine war with Iran.

â€œNo option has been ruled out,â€ Israeli Deputy Foreign Minister Danny Ayalon told Israel Radio. â€œBut the last thing that we should do is shoot from the hip. It is better to keep our cool and use our judgment.â€

The blast occurred in the late afternoon outside the airport in Burgas shortly after a charter flight carrying 154 people, all but three of them Israeli citizens, arrived from Tel Aviv, the Bulgarian Foreign Ministry said. Israeli and Bulgarian media reported that the travelers had boarded buses that were to take them to a hotel, and the Bulgarian interior minister told Bulgarian radio that explosives had been planted on the vehicle, perhaps in passengersâ€™ luggage. The Foreign Ministry said in a statement that it was â€œworking on the theory that this was a terrorist attack.â€

The blast came five months after Israel blamed Iran for twin bombing attempts targeting Israeli Embassy personnel in India and Georgia, and it fell on the 18th anniversary of a suicide bombing at a Jewish organization in Buenos Aires. That attack, blamed by Argentine authorities on Hezbollah operatives, killed 85 people.

â€œAll signs point towards Iran,â€ Netanyahu said in a statement. Referring to the Argentina attack, he said: â€œDeadly Iranian terrorism continues to strike at innocent people. This is a global Iranian terror onslaught, and Israel will react firmly to it.â€

Israeli Defense Minister Ehud Barak told Israel Radio on Thursday that Hezbollah, Lebanese Shiite militia, was behind the attack, and he pledged that Israel would â€œsettle the account.â€

In Washington, President Obama condemned what he called â€œa barbaric terrorist attackâ€ on Israelis. â€œAs Israel has tragically once more been a target of terrorism,â€ he said in a statement, â€œthe United States reaffirms our unshakable commitment to Israelâ€™s security, and our deep friendship and solidarity with the Israeli people.â€

Israel and Iran are bitter enemies that have been engaged in an escalating rhetorical battle and, security analysts say, a covert war of attacks and assassinations. Israel considers Iran a mortal danger and has threatened to strike its nuclear facilities to prevent it from building a bomb. Although Iran has denied involvement in attacks on Israelis, many analysts believe it has carried out or planned some of them to avenge what it says are Israeli-directed assassinations of some of its nuclear scientists.

Israel had warned recently that Islamist militants might target its citizens in Bulgaria, a popular tourism destination for Israelis. Bulgariaâ€™s Foreign Ministry said 32 people were wounded in Wednesdayâ€™s blast, and it was unclear how many of them were Israelis. In a brief statement, the Interior Ministry said that the wounded had been taken to a local hospital and that the airport had been closed. Source: The Washington Post)