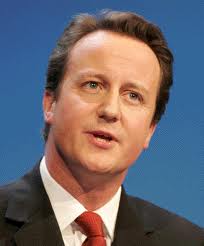 British Prime Minister David Cameron will press UK concerns on Sri Lanka in line Britainâ€™s own assessment of the situation in Sri Lanka when he visits the country in November.

Senior Minister of State, Department for Communities and Local Government and Foreign and Commonwealth Office Baroness Sayeeda Warsi told the House of Lords that Cameron and UK foreign secretary, William Hague will raise their concerns when they attend the Commonwealth summit in Sri Lanka in November.

Britain believes the Commonwealth Heads of Government Meeting (CHOGM) in Sri Lanka will either highlight Sri Lankaâ€™s progress and respect for Commonwealth values, or draw attention to the absence of such progress.

Baroness Warsi said the British Government regularly raise concerns about lack of progress on post-conflict reconciliation, accountability and the current human rights situation with the Government of Sri Lanka.

â€œWe have ongoing human rights concerns about Sri Lanka, including on freedom of opinion and expression, and judicial independence. Our up to date assessment is available online as a â€˜Country Updateâ€™ to the Foreign and Commonwealth Officeâ€™s Human Rights Report for 2012,â€ she said in a response to a question raised on Sri Lanka.

She said that Britain has been clear with the Sri Lankan government that they expect to see concrete progress on human rights, reconciliation, free, fair and peaceful Northern Provincial Council elections in September and that media and civil society have access and freedom of movement to the Commonwealth Heads of Government Meeting (CHOGM).