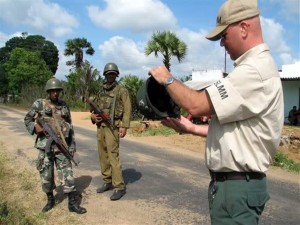 The Nathanson Centre on Transnational Human Rights, Crime, and Security at York University and Amnesty International Canada are co-hosting a panel discussion, partnering with Lawyers’ Rights Watch Canada, to examine how the international community may engage Sri Lanka to transform the long-term conflict that still exists between the island’s major ethnic groups, to a new era of co-operation and working together respectfully of one another.   Leading this discussion are two persons who have been working at diverse levels internationally to encourage peace and justice in Sri Lanka:   * Paikiasothy Saravanamuttu is Executive Director of the Centre for Policy Alternatives, a non-governmental organization which carries out research and advocacy for public policy in Sri Lanka. It promotes non-violent conflict resolution, and strengthens democratic governance.   * Steven Ratner, one of the three panelists who advised the UN Secretary General, Ban Ki-Moon, about how the accountability of the adversaries in Sri Lanka’s conflict can be pursued now. He is a Professor of public international law at the Law School of the University of Michigan.   Sharry Aiken, Associate Professor of Law at Queen’s University, will moderate the panel discussion.   The timing of this discussion in February, this year is deliberate in order to stimulate public discussion among the countries which are members of, and also those interested in, the United Nations Human Rights Council, at its meeting a few weeks afterwards in March 2013 in Geneva.   The Council’s agenda at that meeting will include a report by the Sri Lanka Government on its progress regarding the motion adopted by the Human Rights Council in March 2012 which called on Sri Lanka â€œto initiate credible and independent actions to ensure justice, equity, accountability and reconciliation for all Sri Lankansâ€.   Panel discussion on February 14, 2013 at 3:00 p.m.   at Osgoode Hall Law School’s Helliwell Centre for   Innovation in Dispute Resolution, Room #1014, York University  ]]>