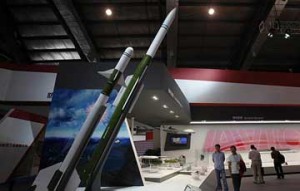 China again carried out a land-based mid-course missile interception test within its territory Sunday. “The test has reached the preset goal,” an official with the bureau said. “The test is defensive in nature and targets no other country,” he said. It has been the second time that China announced such kind of missile test. A similar anti-missile interception test was successfully conducted on January 11, 2010. Although no other detailed information about the test was released from the military authorities, weapon system experts said such test could build shield for China’s air defense by intercepting incoming warheads such as ballistic missiles in space.]]>