A secretive branch of China’s military is probably one of the world’s “most prolific cyber espionage groups”, a US cyber security firm has said. Mandiant said Unit 61398 was believed to have “systematically stolen hundreds of terabytes of data” from at least 141 organisations around the world. 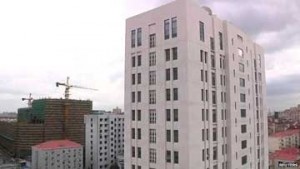 It traced the attacks to the doorstep of a non-descript building in Shanghai used by the unit.

In an indication of the military sensitivity around the Shanghai site, the BBC’s John Sudworth and his camera crew were briefly detained by soldiers when they went to film the facility. They were only released once they had handed over their footage.

“Determining their origins are extremely difficult. We don’t know how the evidence in this so-called report can be tenable.

Several governments, foreign companies and organisations have said in the past they suspect China of carrying out extensive cyber espionage over periods of several years.(BBC)