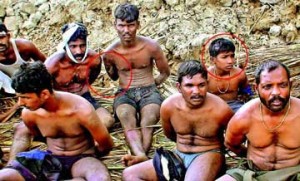 Sadakat Kadri, a panellist at the discussion entitled, ‘A Crisis of Legitimacy: The Impeachment of Chief Justice Bandaranayake and the Erosion of the Rule of Law in Sri Lanka,’ said, “Sri Lanka is due to be holding the Commonwealth Heads of Government Meeting, CHOGM, in Colombo in November 2013. It is up to the Commonwealth to decide whether or not that goes ahead. But the IBAHRI notes the Commonwealth is committed by its Charter to the observance of the rule of law, good governance, independence of the Judiciary and the upholding of human rights; the question for the Commonwealth, therefore is, does it stand for those values? If it does, it needs to consider very carefully whether Sri Lanka is an appropriate venue for the CHOGM and whether it is an appropriate chair in office for the two years after that, because Sri Lanka will become the body that represents the Commonwealth and its core values around the world.”

Kadri is the rapporteur of a fact-finding delegation that, under the auspices of the IBAHRI, investigated the independence of the legal profession in Sri Lanka.

He also said, “There is a very real danger that if the CHOGM meeting goes ahead [in Sri Lanka], the present government will consider it a licence to continue along the course that it has so far proceeded and fail to uphold the Commonwealth’s values.”

The launch of ‘A Crisis of Legitimacy’ took place on Monday 22 April 2013 at the House of Lords in London, United Kingdom. The audience included representatives of the Government of Sri Lanka, High Commissions, human rights groups, lawyers and journalists.

During the opening address, Baroness Helena Kennedy of the Shaws said, “IBAHRI delegations have visited Sri Lanka in 2001 and 2009; unfortunately, Sri Lanka would not admit the latest [IBAHRI] delegation of senior lawyers into the country to report upon the rule of law and the impeachment proceedings against Chief Justice Bandaranayake.”

She added, “It is so important that we give sustenance to other people who are struggling to protect human rights and the rule of law, and all the evidence suggests that the rule of law is seriously under threat in Sri Lanka.”

Overall, the research underpinning the Report revealed the removal of Chief Justice Bandaranayake from office in Sri Lanka as unlawful, is undermining public confidence in the rule of law, and is threatening to eviscerate the country’s Judiciary as an independent guarantor of constitutional rights. Discussing these issues at the IBAHRI Report launch were fact-finding delegation members The Honourable Justice Muhammad Lawal Uwais, a former Chief Justice of the Federal Republic of Nigeria and Kadri, a UK Barrister at Doughty Street Chambers, together with Dr. Sunil Coorey, of the Bar Association of Sri Lanka. Alex Wilks, an IBAHRI Senior Programme Lawyer, moderated the discussion.

Justice Lawal Uwais remarked during the debate, “The removal of Chief Justice Bandaranayake was done by Parliament and the Executive of Sri Lanka in contravention of the rule of law. The removal was rushed, ignoring the fact that there was a case before the Court of Appeal and the Supreme Court of Sri Lanka, challenging the right to initiate the proceedings to remove the Justice from office.”