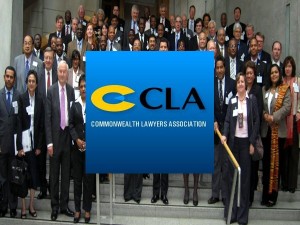 The New York based Committee to Protect Journalists (CPJ) is concerned about press accreditation procedures for the Commonwealth Heads of Government Meeting (CHOGM) that will be held in Colombo, Sri Lanka, in November.

At past meetings, the Commonwealthâ€™s Communications and Public Affairs Division has been responsible for issuing permission to journalists to attend the meeting.

But CPJ says there are indications the Sri Lankan government intends to enforce stringent background checks on any foreign journalists covering the meeting, with the apparent intention of denying them permission to enter the country.

A document recently released by the Sri Lankan government said that the authorities reserve the right to â€œexclude any person â€¦ and impose additional conditions of entry to Sri Lanka â€¦ regardless of whether or not that person is accredited.â€

Journalists will be issued accreditation by a task force, which is a division of the Sri Lankan Ministry of External Affairs. The ministry has stated that credentials may be â€œwithdrawn, suspended, or deactivated for any reason at any time.â€

CPJ has written to the Commonwealth Secretary General Kamalesh Sharma sayingÂ if the Commonwealth cannot assert its own authority in asking for full media access to such an international event, the future for positive engagement looks bleak.

â€œWe ask you to ensure that the Sri Lankan government, which is widely known for its aggressive anti-press stance, does not prohibit access to foreign and local journalists who seek to cover the events surrounding the Commonwealth Heads of Government Meeting. Such an effort on your part would go far to show your commitment to advancing Commonwealth values of media freedom,â€ CPJ told Sharma.