<![CDATA[A Tory MP proposes hacking up Afghanistan into separate “kingdoms”, each ruled by a foreign power, and to include members of the Taliban. <!--RTEditor:genereated-->The plan is the brainchild of conservative MP and Foreign Office aide Tobias Ellwood, a former army captain in the Royal Green Jackets, and is already under discussion in London and Washington, according to a report which was seen by the British newspaper The Independent on Sunday. 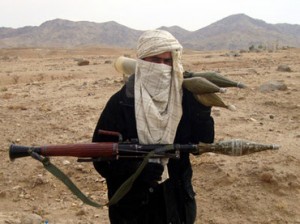 The report puts forward a regionalized state under a powerful new prime minster and would attempt to deal with weak government, corruption and tribal disputes, which have plagued Afghanistan. The blueprint – which has been labeled Plan C – is to split Afghanistan up into eight zones based around the economic hubs of Kabul, Kandahar, Herat, Mazar-i-Sharif, Kunduz, Jalalabad, Khost and Bayman. The areas would then be governed by a council representing different ethnic groups and overseen by one or more foreign countries; in the same way that Berlin was run after the Second World War. Other options being considered include Plan A, to turn Afghanistan into a smoothly functioning democracy and Plan B, to hand the war over to the Afghan security forces, which would be overseen by American military advisors. Ellwood warned that Afghanistan faces a bleak future once the International Security Force (ISAF) withdraws at the end of 2014. He also said that “The Taliban will not enter into a meaningful dialogue if there is no feasible political strategy within which they can participate.” But experts on Afghanistan were critical of the plan, which they view as a colonial attempt to impose a democratic system. Instead, Western powers should think about a military exit strategy that would enable them to withdraw their forces by the 2014 deadline. Thomas Ruttig, co-director of the Afghanistan Analysis Network said: “Splitting the country into such regions will result in the empowerment of what we have started calling “local or regional powerbrokers,” what were previously known as “warlords”, whose misrule between 1992 and 1996 caused the rise of the Taliban in the first place.” While Wazma Frogh, executive director of Afghanistan’s Research Institute for Woman Peace and Security, was more scathing. “Who is this British MP sitting in London and deciding for Afghanistan? It should be us the people of this country, deciding if we want to divide into states and collapse as a nation,” she said. The current plan, when ISAF troops finally pull out, is to leave several thousand American trainers in the country in the hope that the Afghans will be largely able to police themselves; similar to the situation set up in Iraq after the withdrawal of Coalition forces in 2010. (RT News)]]>