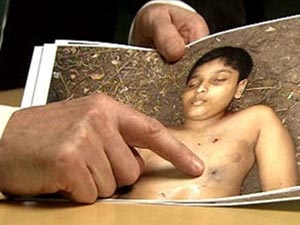 An interview with the Ananda Vikatan magazine in Tamil Nadu, also said that the body of LTTE leader Prabakaranâ€™s youngest son was not found as the war drew to a close, former Sri Lankan Army Commander Sarath Fonseka said.

Fonseka also said that the bodies of the rebel fighters were also recovered and most of them had committed suicide by swallowing cyanide.

Â The former Army Commander also considered war criminal of the Sri Lankan regime and he was the commander of the Sri Lakan Army.

Sri Lankaâ€™s decisive 2008-09 military offensive against the Tamils may have resulted in the deaths of as many as 40,000 civilians, most of them victims of indiscriminate shelling by Sri Lankan forces, according to a U.N. panel established by Secretary General Ban Ki-moon.