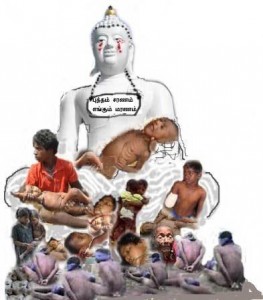 It becomes more and more apparent everyday just how much travelers need to research the cultures they are visiting beforehand. Recently in Sri Lanka, three French tourists â€“ two women and a man â€“ were given suspended, six-month prison sentences for kissing a Buddha statue. Additionally, they were fined 1,500 rupees ($10.84) each. The incident was brought to light when the travelers tried to get their photos printed at a local shop. “The studio employee saw the images and alerted the Galle police who arrested the tourists on Monday and the case was concluded yesterday because they pleaded guilty,” the Sri Lankan police spokesman Ajith Rohana told news.com.au. Along with the woman-kissing-Buddha photo, the man posed for a shot while imitating the statue’s pose. These actions are seen as offense to country’s Buddhist community, and the travelers plead guilty to desecrating a Buddhist shrine in Kandy, Sri Lanka. The tourists were free to go, however, as their sentences are suspended for five years. As a mostly Buddhist country, locals are very sensitive to foreigners disrespecting Buddha images.]]>